“If Izzy and the Catastrophics had been the band on the Titanic, they’d have blown that iceberg into cubes for drinks on the ledo deck.” -Brian Baker, Citybeat Cincinnati. 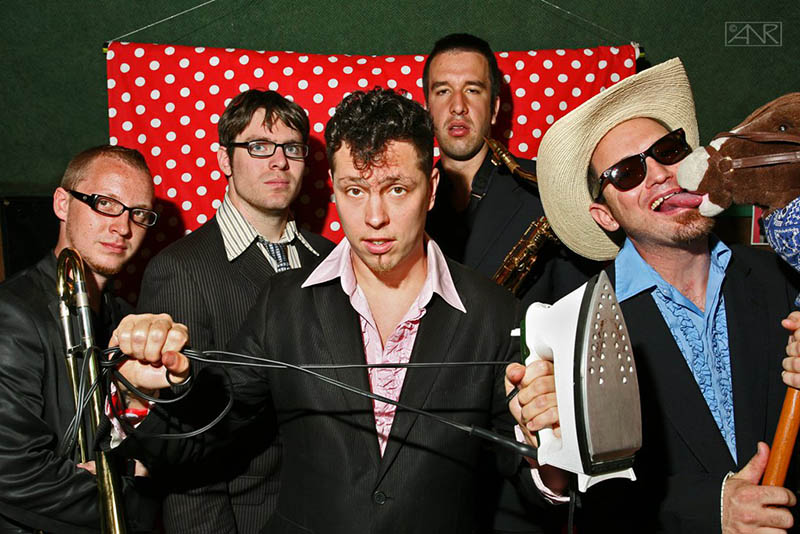 Stitching together rock n’ roll, swing, surf, honky-tonk, and bebop, Izzy and the Catastrophics are a profoundly exciting and challenging group. Often compared to rockabilly greats of the past, Izzy and his boys are carrying the tradition into the 21st century with flair and frenzy.

Rooted firmly in traditional American roots music with the chops to nail it and the grit to deliver it, Izzy and his boys are on a lifelong mission to heal the world’s disenfranchised ears by exposing audiences to the glory of their own cultural lineage. Spiritually bound to professional principles yet prone to avant-garde interludes and playfully vulgar stage banter, the band is rapidly building a subculture from every facet of society. Izzy’s shows are as likely to be filled with excitable counter-culture kids as with sentimental old drunks. If there is a common thread connecting everyone who cares for live music, Izzy and the Catastrophics are it.
booking : : web : : facebook